Prof. Dr. Paul Pfurtscheller (1855 - 1927) produced a series of 39 large "Zoologische Wandtafeln" (zoological wall plates) to be used for higher educational purposes. Although he was a modest high school teacher by training he gained recognition by the scientific community worldwide for this outstanding work.

The Pfurtscheller wall charts were first published in Vienna, Austria, in 1902, by 'A. Pichler's Witwe & Sohn'. Later editions (easily identifiable by the 'Pfurtscheller'-signature at the bottom left) were also published by Dutch company 'Martinus Nijhoff' until 1953.

The 'Pfurtschellers' are large-scale wall charts with exploded views of animal anatomy. They are chromolithographs on 2 sheets of paper, mounted on canvas. Later editions also used offset printing and in the 50s were published as smaller versions on just one sheet of paper. 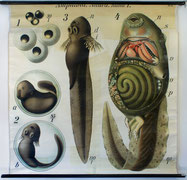 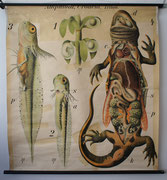 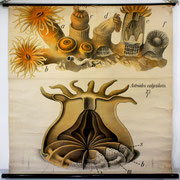 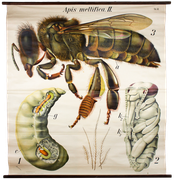 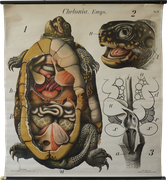 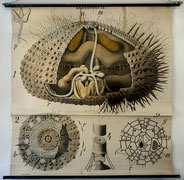 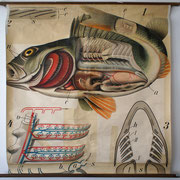 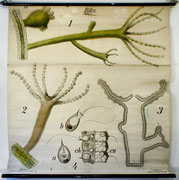 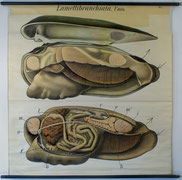 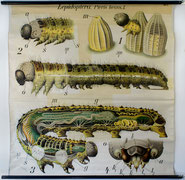 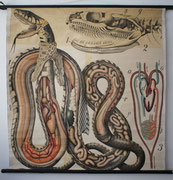 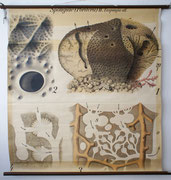 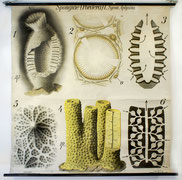 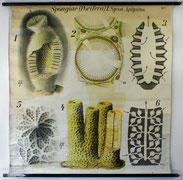 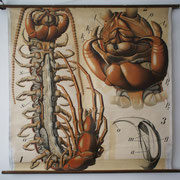